Tampa to Yucatán ferry - a reality? 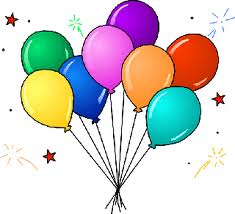 Along with my daily prayer for the proposed ferry to carry people and cars from the Port of Tampa to Yucatán, I occasionally scour the internet for any updates. I'm not sure how I missed the update from November 17, 2011 in the Tampa Bay Business Journal, but this is what they say:

"Ferry service between the Port of Tampa and Mexico's Yucatán Peninsula will begin by the second half of 2012, according to an executive starting the service."

This report does not state that talks are under way or that negotiations are taking place between the Port of Tampa and interested parties. It says "will begin by the second half of 2012." "This is a no-brainer," said Bruce Nierenberg, chairman and chief executive officer of United Caribbean Lines.

The report goes on to say that one ferry would generate $300 million a year in economic impact and create at least 100 shoreside jobs. I'm assuming this means jobs for the Port of Tampa, but it would also be good news for Mexico - more jobs in Yucatán and countless tourist dollars.

Service to Mexico would accommodate 1,000 to 2,000 passengers and up to 600 cars. The cost for a round trip ticket would be around $195.00. I'm certain that transporting a car would cost an additional fee. Travel time is around 27 hours.

I suppose we can't actually celebrate until we see a published schedule, but this news seems more concrete than any in the past.

Read it for yourself from the Tampa Bay Business Journal and Tampa Bay Online. The TBO site states that the ferry will run from Tampa to Cancún while earlier articles referred to the Progreso Port. Either way this is a win-win for those of us on the Eastern Seaboard. Now we just have to believe that they will accommodate pets.