While the entire Eastern Seaboard of the US is huddled, trying to stay warm in extreme cold, I can find some relief by simply viewing images of beautiful, tropical Mérida and the turquoise and azure hues of the Gulf of Mexico. Currently, outside our home in Virginia, the temperature is 30℉ (-1℃). That doesn't sound so bad, but the wind is blowing and the chill factor is likely 10-15 degrees lower. When I returned from walking the dogs this morning, my hands felt like they were on fire! I'm sure our friends (who are in Mérida as I write) have checked the weather for the NYC area. It is currently 14℉ (-10℃).
Enjoy the remaining days of your trip to the tropics, guys!

Did I mention that our home is now officially on the market? We have had one showing and the couple wants to come back for a second look. We have always had very good luck selling our homes, but of course the market is the worst in the history of our experience. Nonetheless, we have high hopes for a reasonably fast sell. Mérida is calling us for an August move. We might possibly take a few detours on our way down, ending up at Casa de Las Lechuzas in September. Warm, tropical breezes... 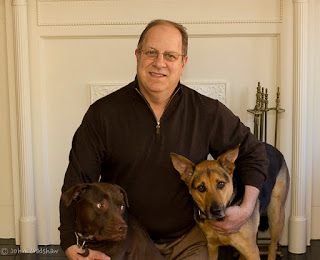 I recently received  a comment on an older post related to the proposed Tampa to Yucatan ferry. I wrote about our desire for the ferry to become a reality because it would be the least traumatic way to transport our two dogs and cat to Mérida when we move there this summer.  The commenter stated that many people bring dogs into the country only to abandon them later and suggested that we leave our dogs behind and adopt unwanted dogs in Mérida, thereby "helping the problem, rather than adding to it." I was offended, at first, that this anonymous person could think that I would consider bringing our dogs to Mérida and then abandon them after realizing that they were getting in the way of our lives or becoming a nuisance or too expensive to keep. It was obvious that this person did not know us or the value that we place on these amazing animals. My response was that "suggesting we leave our dogs behind would be like asking someone to leave their child behind." (Here is where some will roll their eyes at such a comparison, but our animals are a part of our family).
And yes, they can be demanding and difficult at times.  I feel certain that our two would flunk out of Dog Whisperer school. The trauma they both experienced in the first few months of their lives, before we rescued them from certain euthanasia, helps us tolerate minor neuroses that others might not. I bonded with my first companion at the age of three -an American Staffordshire Terrier named Penny, who snarled when anyone that she did not know approached me. These animals are in our lives such a brief time, yet their impact is profound.

Having thought about the comment for a while, I have come to realize that the writer had only the best interests of the dogs in mind. It is tragic that so many companion animals are neglected and banished to the streets or to a shelter, where far too many must be euthanized because no one wants them. That is a heart breaking reality. There are many angels (and I know a few of them) who are working in Mérida and elsewhere to help end this tragedy.

Campaigns should be waged that discourage parents from giving in to their children who want a pet without understanding that it will be the parents' responsibility to care for the animal. And it is a HUGE responsibility with considerable expense. People should stop purchasing animals from retail pet shops. The "cute and irresistibly adorable" factor is responsible for many impulse purchases that begin with good intentions and end disastrously. Dogs, especially, can be trained to a degree but they have their own personalities and boundless energy. Watch out when they don't have an outlet, like DAILY walks, to expend some of that energy. They adapt amazingly well to your environment, and when they are not out sniffing the grass or pavement, or sleeping, they simply want to be with you. Always. Some chew furniture or shoes for a while but usually stop with a bit of gentle, but firm admonishment. They leave hair and muddy paw prints wherever they go. They want to sleep in YOUR bed, quietly at the foot or snuggled up against you. They wait patiently when you leave for work or go out to dinner and are ecstatic when you return. Every time. They depend on you for their every need and in return they give absolutely unconditional love.

As I've said before, not being able to bring our animals with us to Mérida would be a deal breaker.
Posted by Unknown at 4:36 PM 10 comments: