A Pleasant Night in Orizaba, Veracruz...


We decided that driving past Puebla and into Veracruz would save us time and put us even closer to Palenque, which we planned to visit before the final leg of our journey to Mérida. The autopista past Puebla stretched on and on, but the mountain views in the distance were incredible. As we got closer to Veracruz, suddenly we were in the mountains and quite impressive ones at that. We had decided on one of two cities to spend the night - Orizaba or Cordoba. If the first did not appear suitable, we would head for the next. It was the middle of the afternoon when we began getting closer to Orizaba and the mountains were simply spectacular. We climbed and climbed as large 18-wheel trucks zoomed past us, oblivious to the steep inclines and even more fearless on the declines. There were emergency lanes to enter in the event of failing brakes! All of a sudden we appeared to be in light fog. As we looked out at the openings between the mountains, we realized that we were not in fog but driving through clouds. We soon saw a large sign over the highway announcing that we were in the "Zona Nebula" (cloud zone). It is safe to say that this was the most harrowing drive of my life. I've driven in dense fog before, and there is usually a place to pull off the road to steel the nerves. On these mountain passages there is absolutely nowhere to stop and the large trucks that frequent this route have no issue with impatiently passing more cautious drivers. I got behind one of the trucks and vowed to stay behind it no matter what. The cloud mist was so thick that I could barely see his tail lights. After what seemed like an eternity, we finally descended enough to emerge from the cloud. As we entered the exit road to take us into Orizaba, the view took our breath away. We were in a lush valley surrounded by green mountains. Entering the town (city) we were not overly impressed, but it was late afternoon and traveling after dark on these roads was out of the question. We kept driving deeper into the city and were pleasantly surprised to see a lovely historical center. We spied yet another brand new Holiday Inn Express (seems as though they are popping up all over Mexico) and pulled into the small and narrow parking area. The young desk clerk, Enrique, was friendly and helpful and he spoke perfect English. It appears that this hotel chain is making sure that at least one employee speaks English, which is most helpful for those of us still learning Spanish.

After helping us park the monstrosity of a van, Enrique recommended the hotel dining room for dinner. The meal was mediocre but the room was nice, with modern decor and wood floors. I awoke before daylight and went out to the van to walk the dogs. When I brought them back to the van I heard a cat meowing. It came from outside the van and I knew that Mr. Jules had escaped once again. The parking attendant also heard him and was trying to coax him out from under a truck. I sat on the curb and waited, and after half an hour he cautiously walked over to me and I grabbed the little devil. His nine lives are still intact. My one - a little shaky...

Orizaba, Veracruz is a place to visit a second time.
Posted by Unknown at 2:14 PM 2 comments: 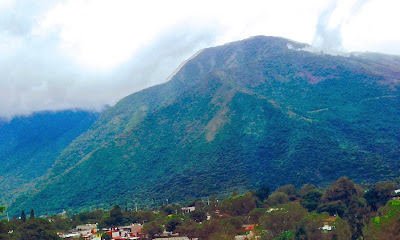 Our drive through Puebla provided another beautiful mountain vista. The gray was finally giving in to clear skies and fluffy clouds. Puebla is located in the central highlands of Mexico, between the Sierra Nevada and Sierra Madre Oriental mountains. The views are absolutely gorgeous, unlike any mountain ranges I've seen in the United States. Granted I have never seen the magnificent Rockies, but surely these must compare. We were ahead of schedule and, once again, decided to keep driving. It is simply too difficult to drive into the cities, find a place to park, and worry about what to do with the dogs. The generator must be running at all times when parked for longer than a gas stop in order to run the air conditioner to keep the animals cool. It can be rather noisy, so unless we are in an appropriate place, we just keep moving. Puebla and Querétaro are two places we would someday want to visit to really experience the sights and culture.

We continued driving on the very nice Puebla cuota (toll road) and enjoyed the scenery. We passed a Pemex gas station on the other side of the highway and there was not a nearby retorno (turn around). We had a bit more than a quarter of a tank of gas and were sure there would be another soon. We kept driving and driving on what seemed like a never ending highway and around every bend we kept looking for a gas station. Nothing. Beginning to get a bit worried ( we had not once seen one of the 'Green Angel' trucks that are supposed to be everywhere to assist stranded motorists), I watched the gauge move downward to a little less than a quarter tank. Now I was really concerned. We had already turned off the A/C to conserve gas, but the gas-guzzling Ford E-350 van didn't seem to notice. Every few miles there were pull-overs for agua (water for overheated engines I suppose), but no gas. Just as the gauge showed about 1/8 of a tank, dangerously close to empty, in the distance Alan spotted one of the ubiquitous Pemex signs.

Relieved, we stopped, walked the dogs, and vowed to never let the tank go below half. 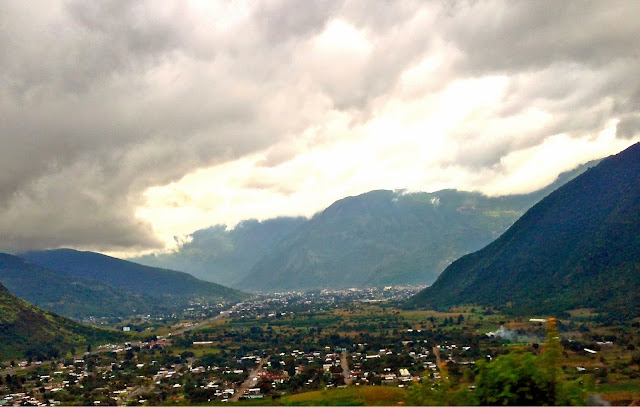 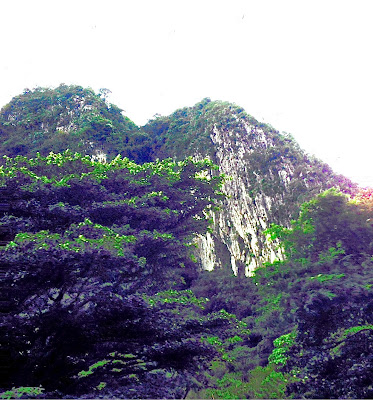 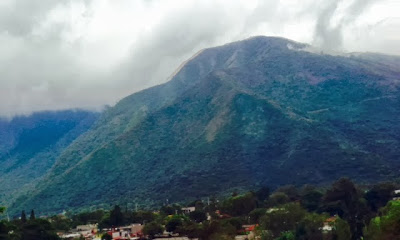 Most of the major roads in México are under construction or being expanded or repaired much like those in the United States. One major difference is that in México there is little warning that road crews are ahead. There is usually a sign that is no more than 100 meters from the actual work. There might be a man waving a red flag in the distance. Another difference is that in México, outside of the metropolitan areas, exit signs are not clearly marked or are completely nonexistent. Shortly after leaving Laredo the traffic was light and I was driving along at a nice clip when the road veered to the right. I thought that this was a continuation of the main road with another road that looked more like an exit veering to the left. Very quickly I realized what I had one and that this road was under construction and ended at a deep drop off into a muddy bog. Fortunately, I was able to stop a few meters before the van would have been axle deep in the mud. I backed up to get on the correct road and was thankful we avoided what would have been an embarrassing and time consuming event. This is why it is not recommended that one drive through México at night. The highway out of Laredo toward Monterrey was mostly very good, with an occasional pothole not unlike the roads we are accustomed to in Virginia, where the transportation department is poorly funded. Aware that this is one of the areas we are warned to avoid due to cartel activity, we wanted to get as far into central México as possible that first day. Another successful navigator of this route and fellow Mérida blogger had recommended our planned stops along the way. Saltillo, in the state of Coahuila was to be the first stop. Although many people choose to travel all the way to San Luis Potosi the first day, we were planning on shorter driving days mainly for the animals.

On the outskirts of the city we spotted a brand new Holiday Inn Express and decided to spend the night there. This hotel did not allow dogs, but we were able to have a hot shower and relax from a day on the road. The dogs seemed to be comfortable in their tiny, secure space and we were parked far enough in the back to be able to run the generator and air conditioner all night. It's amazing that the van guzzles gas but the generator can run all night and the gauge barely moves.

We had another forgettable meal at a nearby restaurant and after a good night's sleep we were on the road headed for San Luis Potosi. Once again, we saw no one that looked like a gangster and for the most part we travelled unnoticed except for an occasional glance at the motor home. So far we have encountered only courteous and friendly people who try their best to understand and translate our limited Spanish.