Seeing Things in a New Light

Literally.  My eyesight is not something I enjoy playing around with. Several years ago, when having my eyes checked, the ophthalmologist commented that I was "very critical of my vision." I suppose that what he really meant was that I was a bit too fussy. "Which is better,  #1 or #2?" "Um, I'm not sure." Then he would place the lenses in front of my eyes again. "#1 or #2?" I would swear that he had placed a totally different strength for me to select as the one offering the clearest vision. "I think #1 is the best," I would say, and then he would start over again.  A week later, when I had received my new glasses, I would be certain that he had given me #2 rather than #1.  Eventually my eyes would adjust to the new lenses and I would forget about the frustrating office visit.

Fast forward to a couple of years ago.  During a routine eye exam, the optometrist noticed that the intraocular pressure in my eyes was too high for the dilation procedure to check for glaucoma, so I was referred to a glaucoma specialist. I was told that, although I did not have narrow angle glaucoma, the angles were narrow (probably congenitally) and that I was at risk for an acute angle closure which can cause optic nerve damage and blindness. She performed a laser procedure to drill a tiny hole in each eye which would act as additional drainage for the intraocular fluid. This helped a bit, but another laser procedure was required. This seemed to work for about a year.  Then, at my yearly follow-up visit, the pressure was too high once again. I was then placed on Pilocarpine eye drops twice a day, which dilated my pupils and caused blurry vision as well as lowering the pressure.  It felt like I was wearing a pair of oily sunglasses for a few hours after instilling the drops. After about three weeks of this, at my next follow-up visit, the pressure was still too high.

The next step was a surgical procedure to remove the natural lens and implant an artificial lens. This is the same procedure as for cataracts, although I do not have cataracts. Yet. The surgeon said that I would eventually have them and that the surgery would be required. The trick with this procedure is that by removing the thicker natural lens and replacing with a thinner artificial lens, there would be more room and the angle would, hopefully, open up.  The added benefit of this surgery is that my vision can be corrected and I will not likely need glasses except for close-up reading.

I had the surgery on my left eye July 20th. My vision is brighter and better in that eye, although not perfect yet. It takes a while for the muscles to adjust. Surgery on the right eye is scheduled for August 17th. I'll be thankful when this is all over and I'm not trying to read or work on the computer with one eye. I miss my photography.

Stepping Up the Timeline

We've been saying for a while now, both on the blog and to people we know, that we will be moving to Mérida in the near future. The truth is, we were never really sure when it would happen. We've both felt like we have one foot here and the other there, waiting for the stars to align, the cards to be right, or that blasted ferry to become a reality. We've come to the conclusion that the best way to move forward is to rid ourselves of a lifetime of accumulated possessions. The Tampa ferry is not going to begin operation in order to facilitate our move. In fact, it might never become a reality. We will most likely make the dreaded drive, with our animals and what few mementos we wish to keep, in one vehicle.

So, we have contacted an estate sale company and will have a three-day sale in late September. What doesn't sell will be taken to an auction house (furniture) or a thrift shop (clothes, books, and countless boxes of other stuff). We will hang on to the best of Alan's cookware, knives, and a few small keepsakes. After the sale, we will put the mostly empty house on the market staged with a bed and a few other pieces of furniture from our condo which is now rented. We don't know how fast the house will sell. It could be quickly or it could take several months. Either way, once that happens, we will have nowhere to live except that lovely little place in Mexico.

I have been feeling a bit anxious and frustrated lately, like we are stuck and not moving forward with our plans. There's most likely an element of fear in there somewhere, with questions like "How will we manage this?" "This move is going to be overwhelming." "How will we ever drive for six days with two dogs and a cat that has not been outside of our home in over 4 years?" I would like to be able to approach this in the way that I TRY to live my life -one day at a time. Perhaps, once on the road, our mantra will need to be 'one mile at a time.' If only we could teach that to the animals!

A Letter to President Peña Nieto 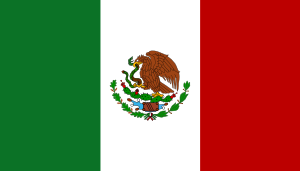 First, let me offer my congratulations on your victory and wish you the very best as you lead Mexico for the next six years.  Mexico is a great country and I have come to love the corner where I'll soon be living  -Yucatan-  very much. I've met many of the foreign expatriates who have come to make Mérida their home. The vast majority have visited and lived there while the country was under the capable leadership of Vincente Fox or Felipe Calderon. While, as expatriates, we do not participate in the political activities of Mexico, we honor and respect your laws and we strive to be recognized as good neighbors.