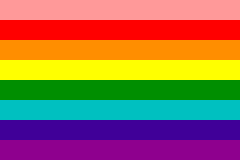 
"Today marks the end of 'Don't Ask, Don't Tell.' The law is repealed. From this day forward, gay and lesbian Soldiers may serve in our Army with the dignity and respect they deserve."

"When I was in the military they gave me a medal for killing two men and a discharge for loving one."